Part 4 -- Social Networks and the Coronavirus: The Importance of Complexity Science for Public Health

This post is the 4th of several devoted to addressing the complex challenges of modelling the coronavirus as a public health issue. It is also about clarifying for a wider audience how and why such modelling is important, as well as the value and power of complex systems thinking and computational modelling for public health policy.
QUICK SUMMARY
The focus of the first post was to explain how models influence public health policy and why some models are better at modelling COVID-19 than others, given the challenge of complexity. The post ended asking the question: So, what does an effective model look like? (CLICK HERE for the first post) In response I said I would review two of the models getting the most attention. Before turning to these models, however, the second post reviewed, from a complex systems perspective, what a public health model of infectious disease looks like in   the first place. (CLICK HERE for the second post) The 3rd post reviewed the first of our two models: the simulation model by Ferguson and colleagues at Imperial College London (CLICK HERE for the third post).

The current post will review the utility of complex network modelling for infectious diseases and, more specifically, the model by Vespignani and colleagues at Northeastern University in the States.

The failure to embrace public health
In most western countries -- particularly those located in the global north -- the narrative of modern medicine is rather consistent: our medical problems are our own, each of us, including their cause and cure. If someone is depressed, we see it's a psychological problem; if someone is overweight, it is a personal eating issue; and if someone regularly catches the flu it as a problem with their immune system.
Public health experts, epidemiologists, health sociologists, medical anthropologists and social workers have rather consistently challenged this idea, arguing instead that, contrary to the picture painted by western medicine, our health is not anywhere near as personal and private as we tend to think it. 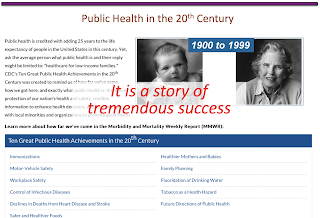 And the argument has been reasonably convincing. Nuances aside, the intertwined histories of population and public health throughout the world are ultimately a story of significant accomplishment. As proof, a short list is sufficient: clean drinking water, sanitation, food safety, air quality, vaccines and preventable diseases, tobacco control, family planning and so forth. And these accomplishments have extended themselves well into the globalized era in which we presently live through the monumental efforts of such globally- focused organisations as the World Health Organization.

Still, despite these accomplishments and tremendous successes, population and public health in the 21st century faces a crisis of understanding. And the major culprits, it appears (in addition to more localized factors) are the same economic, political, cultural, and technological forces of globalization that have, in many ways, purportedly made the world a better place. In short, we've enjoyed the benefits of public health without embracing its most important point:

The message is this: the causes and cures of our health are largely a public matter, and in complex and nuanced ways that we regularly (and perhaps purposely) fail to understand. Equally important -- from the negative impact poverty has on wellbeing to ensuring citizens equitable access to healthcare -- these causes and cures are primarily social determinants and social solutions.


The hidden influence of social networks

Perhaps one of the most important studies to demonstrate to western medicine the importance  of public health was the game-changing 2007 study by Christakis and Fowler -- The Spread of Obesity in a Large Social Network Over 32 Years published in the New England Journal of Medicine. The network scientist, Albert-László Barabási, who wrote  a  commentary when the study was published, in which he clarifies why this study was so important. He states:


A recent study reported that among people who carried a single copy of the high- risk allele for the FTO gene, which is associated with fat mass and obesity, the   risk of obesity increased by 30%. The risk of obesity increased by 67% among people who carried two alleles, and on average they gained 3.0 kg (6.6 lb) or more.1 Given that approximately one sixth of the population of European descent is homozygous for this allele, this link between the FTO gene and obesity appears to be one of the strongest genotype–phenotype associations detected by modern genome-screening techniques” (p. 404).

But here is Barabási’s key point:

That obesity has a genetic component is not surprising: researchers have long known that it often runs in families. In this issue of the Journal, Christakis and Fowler suggest that friends have an even more important effect on a person’s risk of obesity than genes do.

In short, when it comes to health issues such as obesity, our social networks are a more important cause and cure. Our health is impacted significantly by the networks with which we interact, which include not only families, friends and partners, but also co-workers, acquaintances and the networks of people we randomly interact with in public. Even more difficult to grasp -- and this is one of the most important insights that Christakis and Fowler showed -- is that our health is also significantly impacted by the networks with which our networks interact and so on and so forth. And, it is this important insight regarding the role that social networks play in our health that makes the study of social networks is so powerful. Barabási explains it like this:

The authors reconstructed a social network showing the ties between friends, neighbors, spouses, and family members among participants of the Framingham Heart Study, making use of the fact that the participants had been asked to name their friends to facilitate follow-up in the study. The authors observed that when two persons perceived each other as friends, if one friend became obese during a given time interval, the other friend’s chances of following suit increased by   171%. Among pairs of adult siblings, if one sibling became obese, the chance that the other would become obese increased by 40%. The results of this study also indicate that obesity is clustered in communities. For example, the risk that the friend of a friend of an obese person would be obese was about 20% higher in the observed network than in a random network; this effect vanished only by the  fourth degree of separation.

In other words, as Christakis and Fowler suggest, the impact that others have on our health is not just an issue of 'birds of a feather flocking together'. Instead, it appears that health is a social contagion. It spreads across our social networks. The health of our social networks impacts and is deeply intertwined with our individual health. And we, in turn, influence the health of the networks of which we are a part.