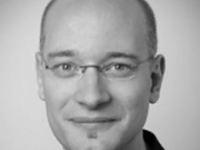 Gerrits is an associate professor at the Department of Public Administration at the Erasmus University Rotterdam. He studied Policy and Management of Complex Spatial Developments and was a researcher at TNO Built Environment and Geosciences.  He also has an excellent but now terminated blog on the links between urban life and complexity.  It is called Cityness.


He received his Doctor’s degree in 2008 and is a "fast-rising" scholar in the complexity of public policy and public decision making.  His two new books demonstrate why.

Before turning to those books, it is important to also note that Gerrits is likewise making a name for himself in the growing network of research in which my own work is situated, namely case-based complexity science and its more specific domains of inquiry: case-based modeling and David Byrne's complex realism.  To see Gerrits' work in these areas, click here.  Now, back to the books. 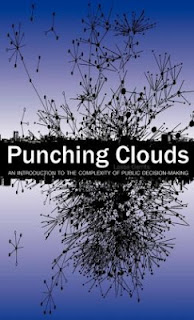 Punching Clouds: An Introduction to the Complexity of Public Decision-Making is an excellent introduction to the massive, burgeoning literature on the complexities of public policy and public decision making.  What makes it particularly useful is that it (a) bridges the gap between theory and application and (b) advances the empirical rigor and theoretical organization of the field.

To date, the formal, scientific literature in the complexity sciences has not been well integrated into such applied fields as city planning, public policy and the managerial sciences, as these 'applied' fields have tended to take a more pop-science and metaphorical approach to complexity--which can be rather problematic.  Why?  Because it is not often clear if (a) the concept of complexity are being used correctly or (b) the authors are actually saying anything new.

On this note, it is worth pointing out that Kurt Richardson of Emergent Publications and the E:CO journal published this book.  Richardson and colleagues, such as Paul Cilliers (in memoriam) are known for the high quality of their work.  And so it is with the current book by Gerrits.

Punching Clouds cuts through the pop pretenses of much of the applied literature by taking a measured approach to complexity.  Gerrits, for example, states: Unlike some authors, I do not see the complexity sciences as presenting a revolution of thought. Rather, its main value for me lies in the fact that it provides a fairly coherent framework for integrating various ideas, including those that predate the complexity sciences, in a way that helps us gain a deeper understanding as to why public decision-making is such a complex subject. The key for this lies in how complexity deals with time and causation. As such, this book is a first but not final attempt to make sense of the complexity of public decision-making.

The payoff of this approach is massive.  For example, I have spent the past several months just meditating on the first several sentences of the book, as they are both provocative and yet intuitively correct.  Gerrits states:


Much of the work in the public sector is fairly simple, unchangeable and predictable. A minor part of the work isn’t. Although seemingly small, this complex portion requires much of peoples’ time and energy, and presents often unpredictable results. A fatalistic response to this complexity could be to give up and to go home. A different response would be to make an effort at understanding this complexity. This book presents such an attempt.

Wow!  These sentences ring true for so many public policy issues.  In my particular area of study, public and community health, I started thinking about some of the major problems we face here in the states: health poverty traps, people going bankrupt over health care costs, food deserts, unhealthy built environments, disease transmission through health networks, the failures of preventive care.  These issues remain, entrenched, despite efforts to fix them, due in large measure to a failure to understand their complexity.  It is, as the title of the book states, like punching clouds.  Anyway, I can go on but I will stop.  Get the book.  I highly recommend it!  I also recommend Gerrits' edited book, which very much functions as a companion to Punching Clouds. 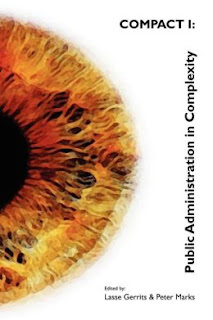 The authors in this edited volume gathered in Rotterdam (The Netherlands, June 2011) to discuss how the complexity sciences can contribute to pertinent questions in the domains of Public Administration and Public Policy.  Their contributions are presented in this edited volume. Each contribution is an attempt to answer the Challenge of Making Public Administration and Complexity Theory work-COMPACT, as the title says. Together, they present an overview of the diverse state of the art in thinking about and research in complex systems in the public domain.

---
In conclusion, as Gerrits states himself, the complexities associated with public policy and public decision making are beyond quick fixes or final solutions.  But, if we are to make some progress with them, then understanding correctly their complex nature is the first and most important new step.